As any revenue manager knows, successfully handling an NFL game is a right of passage. A real opportunity to showcase event management, a high demand football game requires us to pay attention to all phases of the game: competitor pricing, yield management, length of stay restrictions, cancellation + guarantee policies, booking pace, forecast, etc. To add complexity to the equation, NFL games can fall on different days of the week and have different kickoff times which have major implications for guest stay patterns and how much you can realistically expect to push rate. In this case study we aim to answer the question: What day of week is most desirable for a football game to occur on? and also What kickoff time is best for an NFL game? Read on because the results may surprise you!

To start, let’s lay a few ground rules. We know that the day-of for any particular game is going to likely be strong, so to add more context in this case study we opted to look at total, 3-day performance for every game day: the day before kickoff, the day of the game, and the day after. This way we can better study the impact of kickoff times, if there is any at all.

To make this case study a reality we started by pulling hotel performance data from the Spider 2.0 revenue management platform. Check out just how easy it is to pull data for a case study like this by watching the gif below. In just a few seconds you can pull and entire 90-day date-range and export to excel! This is how we pulled hotel data for the 2018, 2019, 2021 NFL seasons for several hotels near major stadiums.

After we pulled our data from Spider we did some basic pivot-table analysis and began to notice some very interesting findings regarding how different days of week and kick-off times affect hotel performance.

Our first findings related to kickoff time. As you may know from watching your favorite team – NFL kickoff times have 3 different possibilities (in this case study we’re excluding London/International games which can sometimes fall outside of these 3 time-slots). Kickoffs either happen in the Early time slot (12:00 PM CST), the Afternoon time slot (3:00 PM CST), or the Night time slot (7:00 PM CST, or primetime as it’s known here in the states).

Anecdotally, we knew that different kickoff times influenced demand in different ways (for example, early kickoff times almost always ensures that your night before is going to be strong) but after delving into the numbers we were able to see real trends develop. Take a look at this occupancy performance by kickoff time below: Notice just how staggering the difference in a hotel’s performance is just due to the different kickoff times! Surprisingly, night games have the best overall 3-day performance- and it’s not even close! Early kickoffs really only benefit the night before the game; hotel occupancy really plummets even on the actual day of the game, likely because guests can check out in the morning, attend the game, and then drive/fly home all in the same day! Afternoon kickoff times are a bit better, but there is still a strong tendency for guests to stay the night before the game and check out the day of the event. Night games usually finish so late that the day of the game then becomes the peak night (in regards to occupancy), but the day before the game is just as strong as afternoon-kickoff  gamedays, and the day after tends to be stronger than the other kickoff times by far.

Next up, let’s look at how a hotel’s ADR is affected by kickoff time: Unsurprisingly, rate follows demand here. The winner for overall 3 day rate performance is again the nighttime kickoff. The only major surprise here is just how quickly the ADR premium wears off on early kickoff games. With early kickoffs, the night before the game is really the only opportunity to make a major push for rate, especially if the NFL game is your only demand driver over that particular date range.

Next up we want to see how a game’s day of week influences 3-day performance. Most NFL games fall on Sunday, but there are also exceptions where Thursdays, Mondays, and Saturdays can all be gamedays. Our findings here were perhaps the most surprising of all! Here’s a look at 3-day occupancy performance by day of week: Very surprisingly, the winner for 3-day occupancy performance was Thursday followed closely by Monday. We think there are several factors at play here that would make these two days of week so strong. When analyzing the broader 3 day context, we think Thursday and Monday games perform so well due to their proximity to strong corporate midweek days of Monday and Wednesday. It is likely that strong existing corporate demand overlaps the NFL game demand creating a very strong 3-day occupancy pattern. Also, games on Thursday likely create an incentive for guests to stay through into the following weekend, and turn the football game into just one part of a longer weekend travel itinerary. Saturday nights looked abnormally soft likely because these games only happen very late in the season and typically fall in the month of January where leisure demand can often be slowest for most US markets.

Last, let’s turn our attention to ADR by day of week for NFL game days: Once again Thursday reigns supreme with the highest ADR of the 4 potential game days. Notice that the day prior to the Thursday game has a very strong ADR which we think is strong Wednesday corporate travel influencing the overall 3-day picture. The highest 1-day ADR is the day prior to Sunday games which isn’t much of a surprise, but the 3-day ADR is much lower when accounting for the day of the game, and the day after.

To tell the truth, the results were actually much different than we initially expected! This case study revealed that the ideal NFL game would actually be a Thursday game with a nighttime kickoff, which gives a hotel an opportunity to capitalize on the strong corporate + gameday demand on Wednesday, and the tendency for guests to stay-over into the weekend where the demand then overlaps yet again with other weekend leisure demand. The nighttime kickoff ensures that guests stay on Thursday night which would otherwise be an off-peak shoulder night in between corporate weekdays and weekend leisure travel.

Be sure to let us know what you think, and what trends you’ve noticed in your markets when it comes to NFL games! 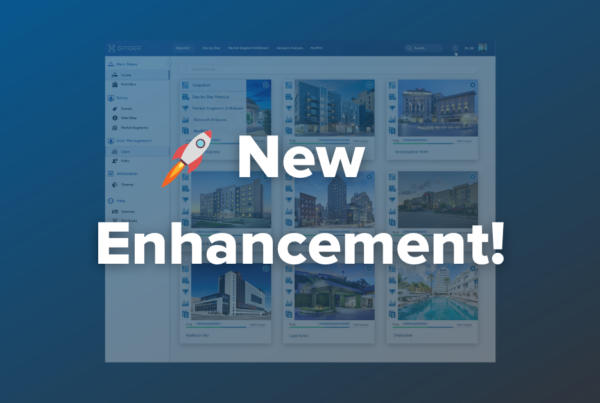